10 Most Valuable and Rarest Postage Stamps in History

saadat.hussain.3192
posted on 6 years ago — updated on 5 years ago
2,479
views
History Lists
Postage stamps are repositories of history. They give a unique perspective into the history of its period and place. Philately, the hobby of collecting stamps, is known as the 'Mother of Hobbies'. Either due to some errors or other specialties, some of the stamps have acquired super star status among their kind. These stamps are held in high regard by the collectors and are estimated to be worth millions. Here is a list of 10 of the most valuable and rarest postage stamps in history. 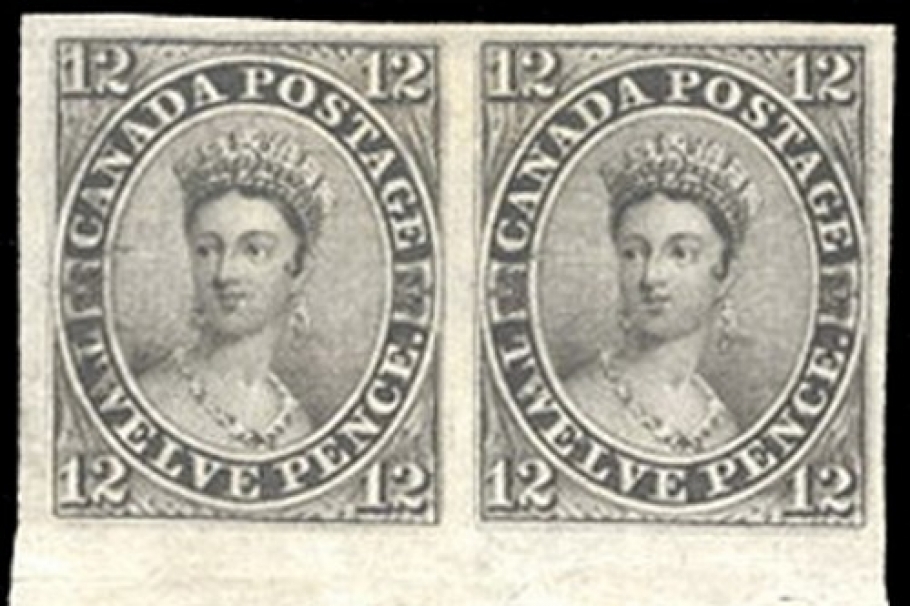 Also known as the Black Empress of Canada, this stamp was issued in 1851 and is one of the rarest now. The stamp depicts the profile of Queen Victoria, based on the Queen's portrait drawn by Alfred Edward Chalon. This design is called Chalon Head. Even though more than fifty-thousand copies were printed, a small number of the stamps were sold. In 1857, the unsold stamps were withdrawn and destroyed. It is believed that only a little more than 100 stamps of this kind exist now. One stamp is estimated to be worth about $5,00,000. 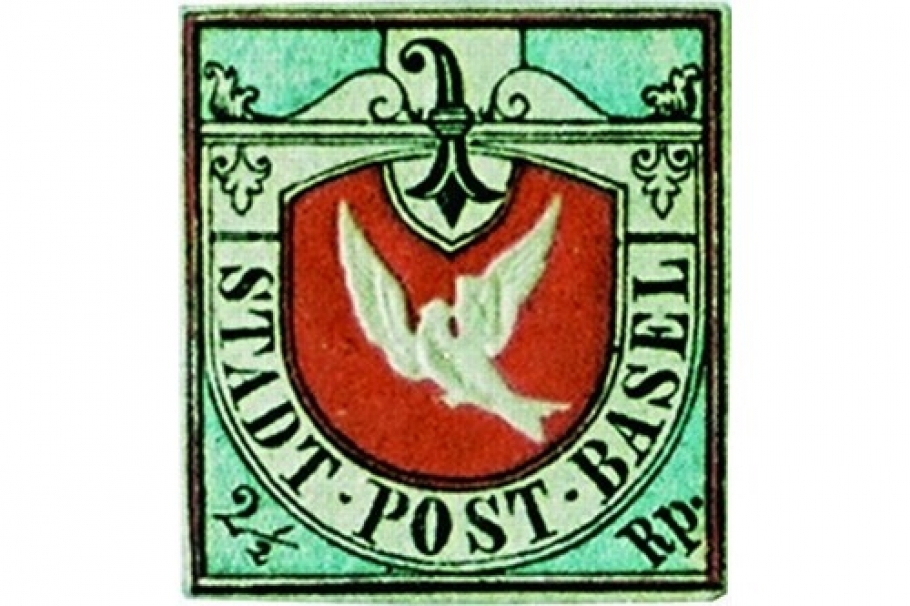 The Basel Dove is a stamp issued by the canton of Basel in Switzerland, on 1 July 1845. It was the first tricolor stamp in the world and had a face value of 2.5 rappen. Basel was one of the only three Swiss cantons to print postal stamps. The Basel Dove, depicting a white dove carrying a letter in its beak, was designed by architect Melchior Berri. It sported the colours black, crimson and blue. Around 42,000 stamps were printed in the series until it was withdrawn in 1854. A Basel Dove stamp is now worth around $20,000. 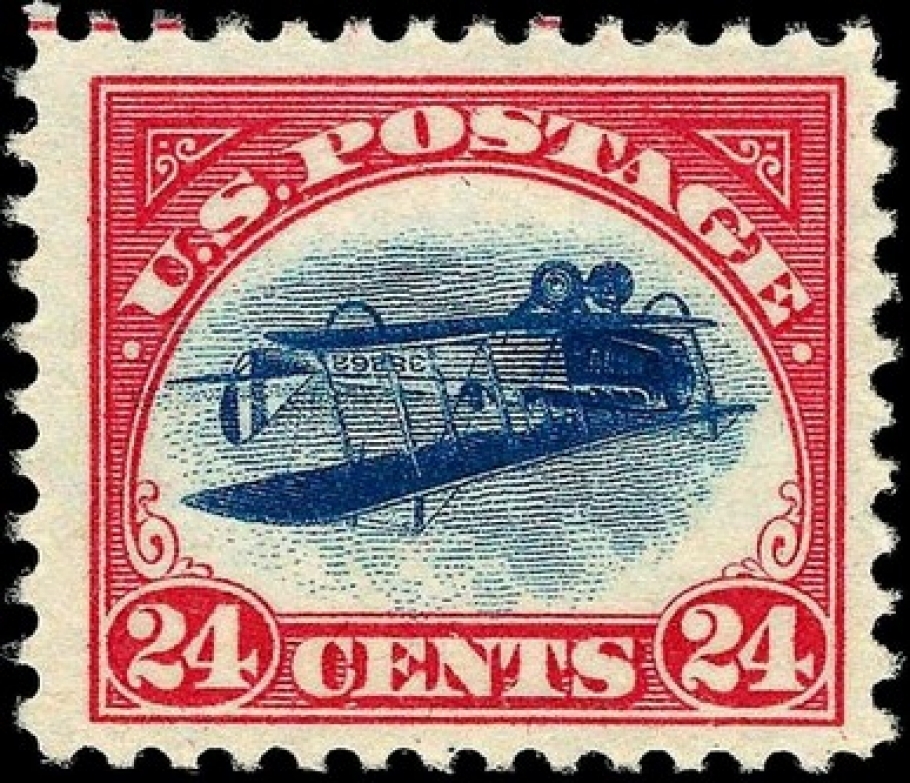 Also known as Upside Down Jenny, The Inverted Jenny is a United States postage stamp with a face value of 24 cents. It was first issued on 10 May 1918. It is a printing error that makes this one of the rarest postage stamps in the world. It features the image of the Curtiss JN-4 airplane upside-down. It is believed that only 100 stamps with the error exist now. Even though at least three more sheets had been printed with the error, they all were found and destroyed. A single Inverted Jenny stamp was sold for $977,500 at an auction in 2007. 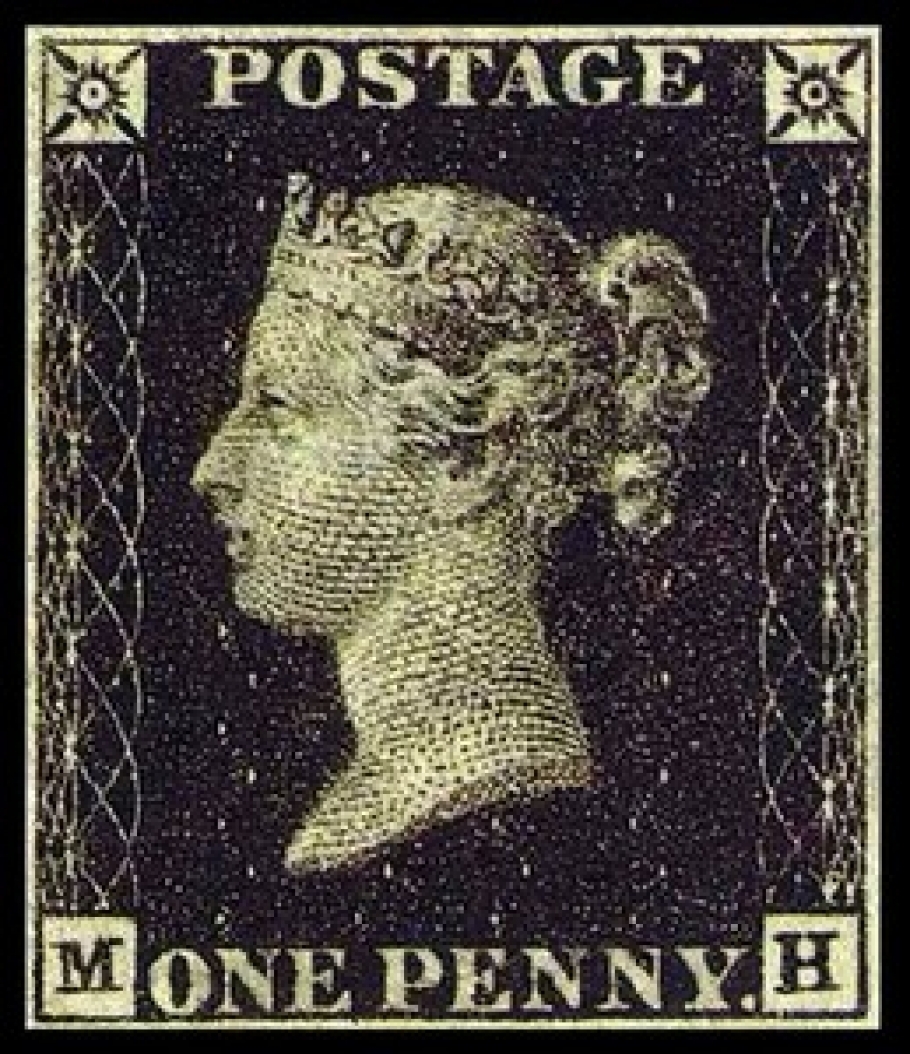 The Penny Black was the first adhesive postage stamp in the world, introduced by Britain. The person who was behind the idea, Rowland Hill, is known as the 'father of postal stamps'. It features the profile of the British Queen Victoria. The stamp gets its name from both the colour and value of it. First issued in 1840, it was withdrawn in a year because the cancellation mark was difficult to spot in the black background. The stamps of this series are very hard to find, and are estimated to be worthy of around $3000. A number of unused sheets of these stamps are kept at British Postal Museum. 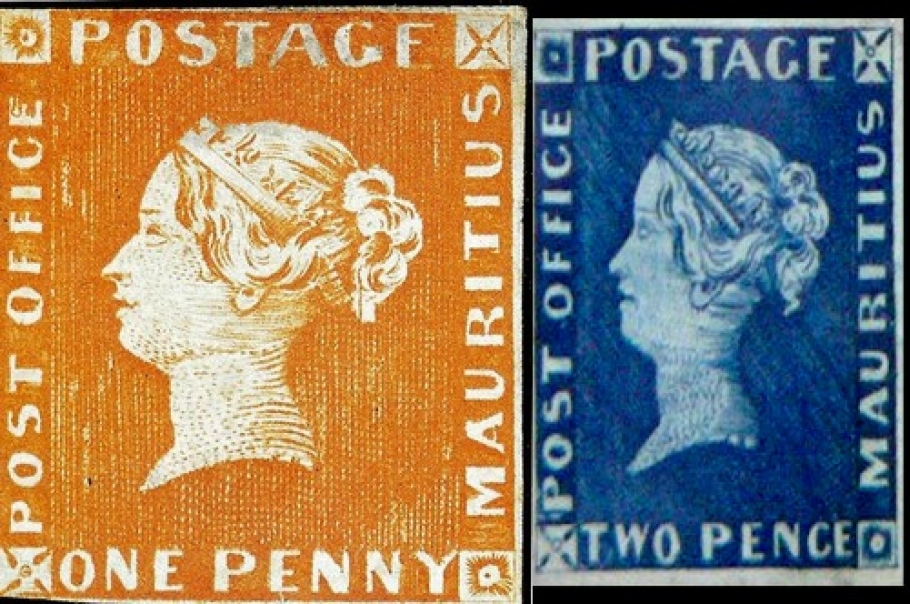 These stamps were issued in Mauritius in September 1847, when it was a British colony. The stamps were of two denominations; one penny with the colour of orange-red and two pence of dark blue. The stamp was modeled after the erstwhile British stamps, featuring the profile of Queen Victoria. The words Post Office were printed on them, from what the stamp take its name. It was changed to 'Post Paid' from the next series. A legend has originated that the wording was an error, but philatelic scholars confirm that it was not. The stamps were brought to attention of collectors by a merchant's wife in 1864. Only 26 specimens of the stamp are existing now. They are valued at around $4 million.