10 Mothers Who Killed Their Kids Brutally

soloadsprovider
Editor
posted on 6 years ago — updated on 23 hours ago
2,792
views
World Lists
As much as it gives us goosebumps, the murder of children by their parents has been an old practice. The idea of losing a child is the biggest fear of any parent which is probably why people who commit such hideous crimes are never forgiven by the law and the society. The idea of a mother killing the baby she kept inside for nine months is incomprehensible, but here we have a list of ten most evil mothers who Killed their kids brutally. It is more common for a newborn to die at the hands of a mother while a baby who is a bit older is usually killed by the father. 10 Brutal Mothers Who Killed Their Kids 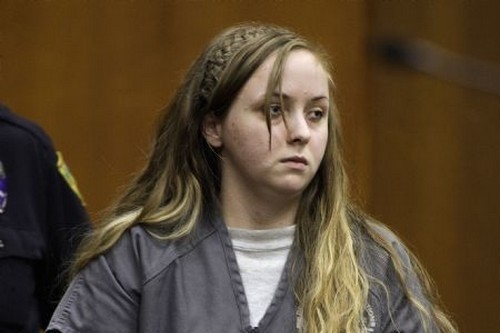 This woman of 22 unbelievably killed her 3-month-old son because his cries were distracting her-not from some very important calculation, not from a technical moment in the kitchen; but from playing Farmville on Facebook. That is ridiculous but true. The Farmville game has over 75 million users all over the world. Numerous people have argued that a certain percentage of users are addicted to the game where players grow virtual farms and earn money through it. Alexandra told the police that she left the game and shook the boy when he would not stop crying. Then she smoked a cigarette and shook the boy again. This act could have damaged the baby's brain and caused his death. Though not a first degree murder, the mother faces life long imprisonment. She can play all the Farmville she wants there. 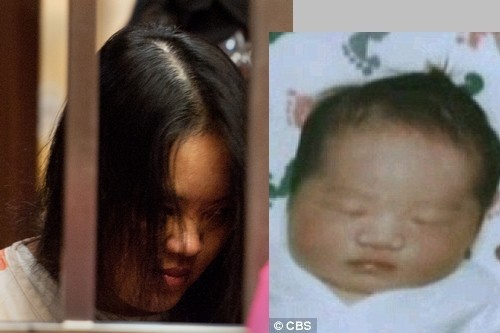 Imagine hot oil drops falling on your fingers or touching a heater rod just after the heater has been turned off. The pain of getting cooked in a microwave oven can well be imagined by someone who has had these experiences. Ka Yang of California burnt her seven weeks old baby in the microwave oven in February, 2012. She let the oven run for two minutes and the radiation cooked the child's small intestines and stomach. This was confirmed by a pathologist. Already a mother of four children, how it came to this is unfathomable. While we all agree that it is psychological illness that leads mothers to this point, it still seems to be hard to accept. Defense Attorney says that the mother was suffering from a seizure while she committed this hideous act that stained motherhood. 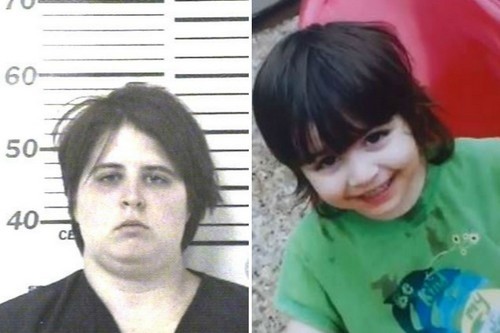 Parsons. a 25 year old mother, confessed of her crime as she walked into a police station. Her husband had found the 4 year old girl in the trunk of her car and he had attempted to revive her but her condition was critical and foam was flowing out of the mouth. The daughter's head had been bashed horribly and she eventually died of severe trauma to the head and chest. Could a mother be jealous of her daughter to this extent? The father claimed that the motive behind this act was prolonged jealousy but for a crime as heinous as this one; one does not even feel like discussing motives. The only thing that we have in sight is a four year old girl who has been battered to death by no one else but the lady who kept her inside for 9 months and then bore her with so much pain. Alas! All in vain. 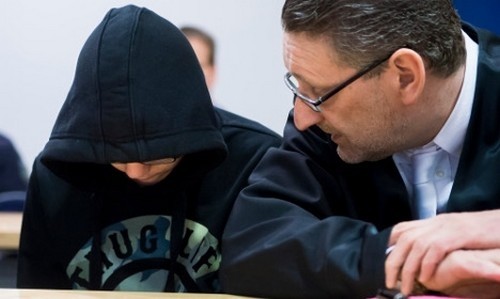 Bianca left her four-month-old-daughter in the apartment at Soest while she went to a Halloween party in Münster. Wrapped up and fed, the baby lay in the bed for several days until the mom came back and found her dead. She fled to Münster the next day and didn't return until the corpse was discovered by the social services. The mother said that she only intended to go for a few hours but 300 Euros worth of drugs knocked her down for several days and she forgot all about her daughter. However, it was reported that the baby had been underfed for several weeks before death and Bianca had reportedly told many people that her daughter would die of brain tumour. This indicated that she had intended to let the baby die of starvation or some other cause even if it wasn't meant for the night that she went partying. 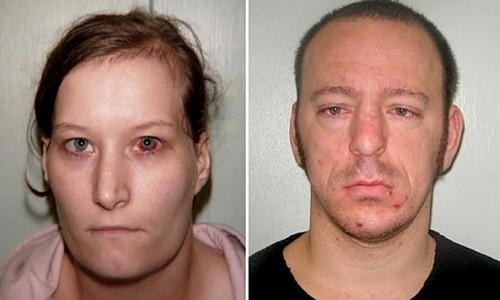 Claire Biggs was an addict mother who had already lost custody to her first child because of the drug habit. Despite that, she and her boyfriend were allowed to look after the second baby Rhys Biggs. The mother tortured Rhys in 2009, who ended up in the hospital with fractured ribs, broken wrist and a broken shoulder. The two month old baby succumbed to the injuries and died. The mother, though jailed, continued to suffer for her crime in the form of hatred from the inmates. No one liked her and she was an unpopular fellow inmate because of what she did to her son. In fact, Claire was beaten up by fellow prisoners along with another disliked inmate who had been sentenced for multiple charges.. 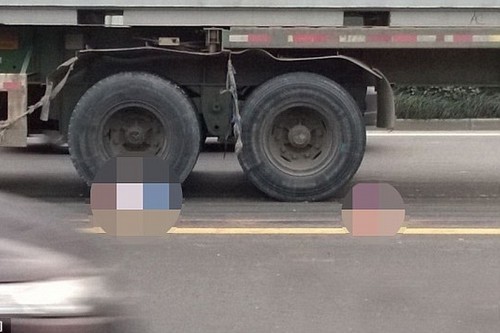 Arguments with husbands are common but it's hard to believe that the wife would avenge the argument by hurting the children. 33 year old Hu Chen threw her 1 year old baby girl in front of a 40 ton moving truck that crushed her to death. The truck driver couldn't stop despite trying hard as the deranged mother acted without forewarning. Next second, the mother picked up her son, who was six, and threw him onto the traffic. He was rescued by a heroic passerby who had happened to witness the previous throwing of the baby girl. Psychological problems seem to be the only rational answer to such irrational acts since a mother killing her own flesh and blood is unbelievable. 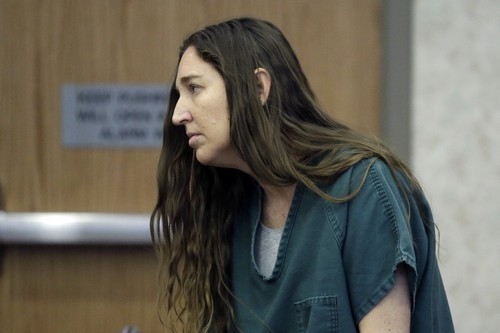 Megan Huntsman- a 39 year old woman is being held on a $6 million bail for murdering six children of her own. She admits to have suffocated the newborn babies, causing their death, over a period of many years. During a period of ten years, 1996 to 2006, only one of the seven babies born to the family survived. Ms. Huntsman killed the rest, put them in boxes and hid the boxes in the garage of her Pleasant Grove residence. The authorities were contacted by her husband when he found a baby wrapped in plastic in the garage. What leads a mother to undergo 9 months of strain and stress for a baby that she later kills? Why doesn't she rather go for a pre birth abortion if she does not want the baby? CNN has debated on this topic. 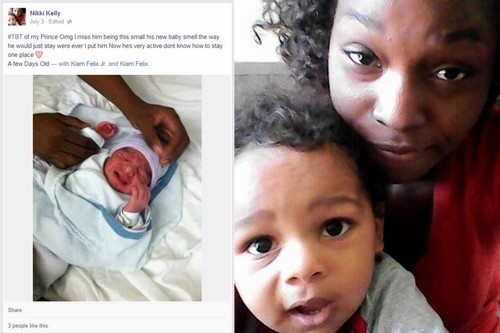 This woman is socially known as Nikki and had allegedly killed her 11 month old son in July 2014. The 22 year old mother took the dying son to ER with the father earlier this year but he was pronounced dead. The mother was a maid who had wrapped up her son in a sheet so tightly that he could neither breathe nor move. While she appeared to be upset and expressed that on social media as well, the police took her in where she admitted to have reached the "breaking point". "I didn't want him anymore." Kelly lived in a rented room and her roommate expressed no prior concerns regarding the baby. In fact, she described Kiam as a happy baby, just as he appeared in the photos on Kelly's social media account. What then made Kelly do this and tarnish her motherhood? A psychiatric exam was also a part of the judicial process. 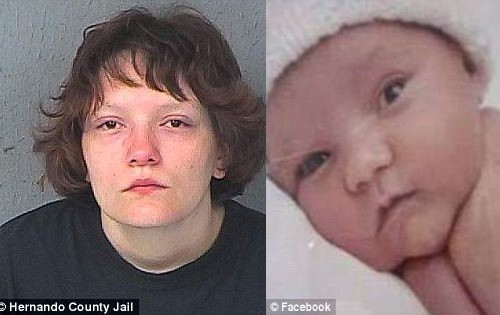 April Weber called 911 saying that she had accidentally dropped her 6 weeks old baby girl Aubrie. However, the medical report showed massive head injuries and trauma which made the police interrogate the mother. She is reported to have tossed the baby on to the bed head first, causing it to fall down and then doing the same action on the floor. The second tossing caused the baby to hurt the head with the dresser. 911 rushed the baby to the hospital but Aubrie died despite receiving treatment. A social media update by the father said that he knew his wife had problems with the baby sometimes but he had never imagined that April would go as far as murdering their daughter. He didn't get hateful in his update and remarkably left the justice system to deal with the aftermath of this incident that took place in March last year. 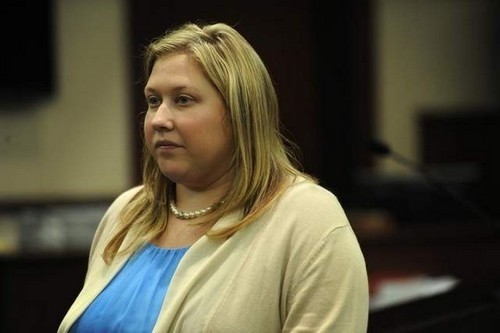 The latest amongst the list is the Hendersonville woman. Lindsey Lowe is a 25 year old woman who is now behind bars because she killed her twins only a minute after each was born on September 12. The babies were given birth to in the toilet of her parents' home. Lowe told the police later that she didn't want her parents to know that she was pregnant and had babies. The mother put her bare hands on the mouth of each twin until they fell silent and stopped breathing. According to the mother, no one knew that she was pregnant (even if it showed) and she hid the dead babies in a laundry basket inside her room and covered the bodies with a blanket. Their presence in the home was reported to the police by Lowe's father. A neighbour also revealed that she was sure Lindsey was pregnant because of the way her body looked. Since the babies were born after the full gestation period, it was quite obvious.