
Copyright © 2020 Netsuggest.com. All rights reserved.

10 Most Famous Walls in the World

10 Most Famous Walls in the World

VirginiaWei0621
posted on 4 years ago — updated on 4 years ago
757
views
World Lists
Wall have been built form the earliest times of civilization, as a means of protection from the onslaught of nature, or dangerous animals and enemies, or to mark borders. Over time, they have found newer uses of walls. Some walls have been built to serve as memorials, while many stand as beautiful pieces of art. Let us take a look at the 10 Most Famous Walls in the World. 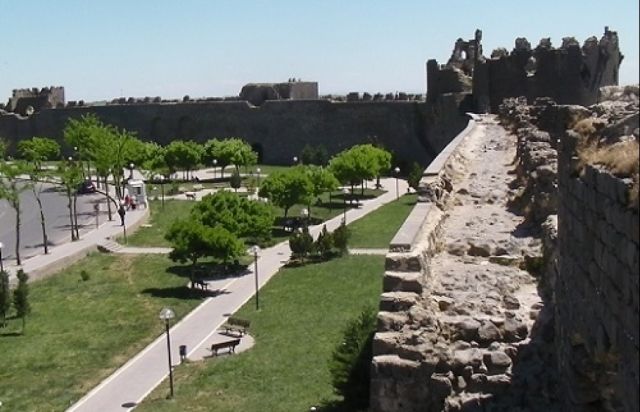 The Diyarbakır Walls are located all around Diyarbakır , one of the largest cities in southeasten Turkey, as they form a circle of 3.4 miles. Built on the outside from black basalt rock formed from the now extinct Karacagad volcano, with an elaborate brickwork structure including barracks and storage rooms, they have four gates, and 82 watch-towers, all built in antiquity, and restored in 349 AD. The world's second largest walls are a dramatic set of walls, with the Roman touch almost intact.

Sacsayhuaman is located in the northern outskirts of Cusco, Peru, which was once the capital of the Inca Empire. The UNESCO World Heritage site is a walled complex, built of large polished stone walls. With Cusco laid out in the shape of a puma, and the hills of Sacsayhuaman symbolizing the head, the zigzagging walls represent the teeth. The three parallel walls are enormous. The component boulders of the walls that protect the ruins within are so tight that even a paper will not slip through.

The Great Zimbabwe was a city in Zimbabwe that now lies in its stony ruins over a large part of the modern Zimbabwe. As the capital of the Kingdom of Zimbabwe during the Late Iron Age of the country, including a most formidable edifice, the Great Enclosure, the ruins are surrounded by the Great Zimbabwe Walls which go as high as 36 feet and extend to about 820 feet. It is the largest structure in the south of the Sahara Desert, and is one of the most famous walls in the world. 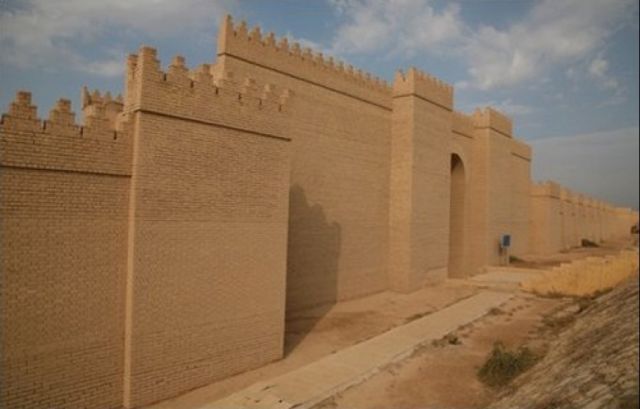 The Walls of Babylon, dating back to 575 BC, are in modern Iraq. Babylon which was the city-state of ancient Mesopotamia, about 85 km south of Baghdad, was surrounded by the Walls of Babylon. The walls, which once included the ancient Ishtar Gate, were one of the original Wonders of the World . The walls and the gate were made of blue glazed tiles, and had alternating rows of bas-relief aurochs and dragons. Saddam Hussein later started the wall's restoration and new construction on the ruins. 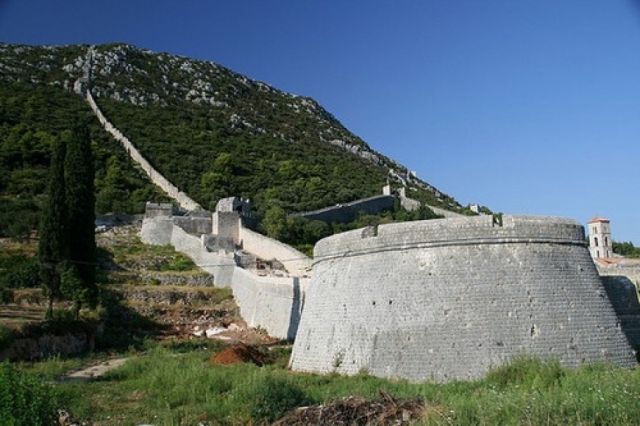 The Walls of Ston, a series of walls, are located in the Peljesac peninsula, southern Croatia. The 3.5 mile wall linking the two towns of Ston and Mali Ston was built at the narrowest point of the peninsula, just before joining the mainland, as the second line of defence for the city of Dubrovnik, protecting the precious salt pans that were very important for the wealth of the city. The 15th century wall is Europe's second longest wall, and is one of the most famous walls in the world.