saadat.hussain.3192
posted on 5 years ago — updated on 4 years ago
1,124
views
World Lists
Japanese folklore is full of strange monsters, ghosts , and demons. A large number of these creatures can be classified as either y?kai or y?rei. The y?kai are generally what in English we would call "monsters", although some of them look like humans, and others are even inanimate objects like umbrellas. The y?rei are ghosts, often unable to move onto the next world because they died violently or are seeking revenge. While many of these creatures are bizarre and unique , the ones listed below are especially fascinating.

Image Credit; wikipedia.org The gashadokuro is a gigantic skeleton said to be fifteen times taller than the average person. Their bodies are formed by the angry spirits of people who have died from starvation. Because of their hunger, they wander the countryside late at night, searching for travelers to eat. While their bones usually make a rattling sound while they walk, they become completely quiet when looking for their next meal. Once a victim is found, the gashadokuro grabs the unfortunate man and bites his head off. Then it drinks all of the victim's blood until the body is entirely emptied out.

Image Courtesy; tofugu.com The ubume is the ghost of a pregnant woman who died before or during childbirth. Sometimes they take on the form of beautiful young girls, other times they are ugly old women. They can be seen on dark, stormy nights, crying and holding what seems to be a baby in their arms. If a stranger offers to help her and her child, the ubume will suddenly vanish after handing the Good Samaritan her baby. The baby then starts getting very heavy, until it becomes a boulder and crushes whoever is holding it. 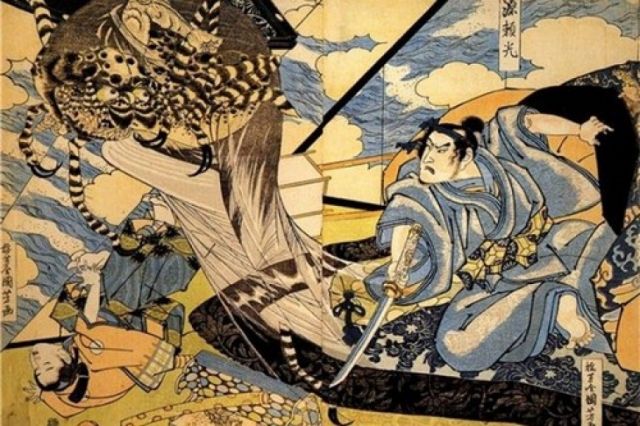 Credit; frankzumbach.wordpress.com The jorogumo is a monster that has the upper body of a woman, but the lower body of a spider. (Others say that it is just a magical spider that can transform itself into a beautiful woman.) While looking for men to eat, it keeps its lower-half hidden. It sometimes appears carrying a "baby" made out of thousands of spider eggs, which it gives to its victim to stun him so it can wrap him into a web and devour him. 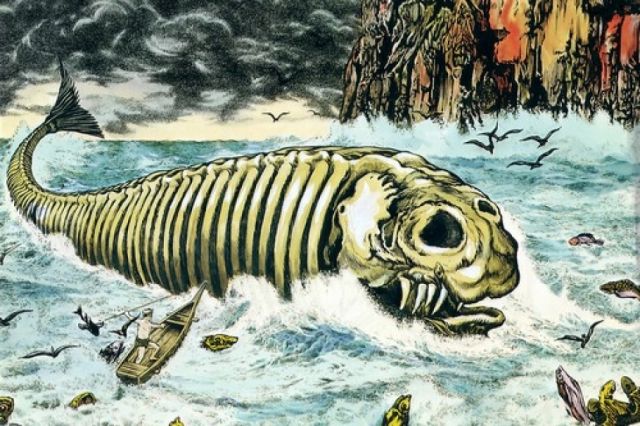 Interesting Creatures from Japanese Folklore ( Courtesy ) The bakekujira is the ghostly skeleton of a whale that haunts the Japanese coastline. Some say it's the spirit of a disgruntled whale that was killed by fishermen, others insist that it's a sea god. Whatever it is, it comes out on foggy nights, bringing along unknown fish and birds with it. While it doesn't try to attack humans, people who see it become cursed with bad luck. 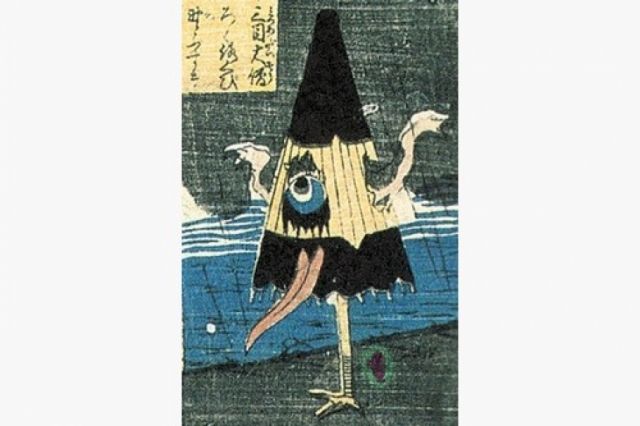 Image Courtesy; Wikipedia.org The kasaobake is an umbrella that's become a ghost after its 100th birthday. They usually have one wooden leg, an eye or two, and a long tongue. They like to trick and prank people, but some are resentful and attack their old owners