logan
posted on 5 years ago — updated on 1 year ago
1,403
views
Celebrities Lists
Surfing, a sport also known as "the sport of kings", seems like an incredibly cool pastime. It originated from Hawaii and even though called a "regal sport" is still mostly associated with chill young men and "hippies".

Surprisingly, however, it has been a hobby of several unlikely individuals such as Agatha Christie (honestly, can you imagine the author of Poirot and Miss Marple riding a wave? We can't either, but it's true!) and Mark Twain. Several others will also leave you surprised. 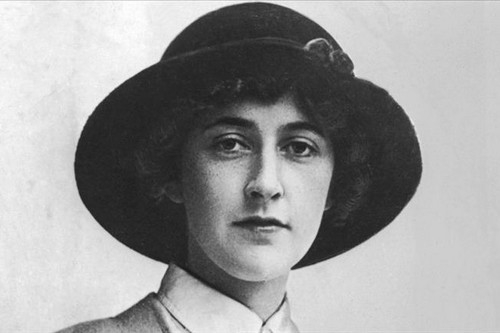 Agatha Christie, the famous crime novelist and the creator of legendary characters such as Poirot and Miss Marple, did more than just conjure up “whodunit” stories. Indeed, it is now believed that Christie and her husband, Archie, were one of the first few Britons to try stand up surfing. After World War I was over, Archie was offered a job to help and organize a world tour to promote ‘The British Empire Exhibition’. Thus, in 1922 Christie and Archie left their child in the caring hands of Christie’s mother and sister and set off for Africa. It was there that they were introduced to prone surfing, a sport that Christie described as “easy” and “great fun”. Archie’s tour continued and eventually they found themselves in Honolulu. It was there, or rather, in Waikiki, a beachfront neighborhood of Honolulu, that Christie learned how to surf standing up. It wasn’t easy – you had to recognize the right waves and avoid the bad ones, as well as paddle out towards the reef where the waves broke. It was from paddling that Christie developed a strain in her arm that often kept her up at night. Nevertheless, she continued because there was “nothing like that rushing through the water at what seems to you a speed of about two hundred miles an hour….until you arrived, gently slowing down, on the beach, and foundered among the soft, flowing waves”. It is unknown whether the ‘Queen of Crime’ kept up her new hobby after her return to Britain, but here is to hoping she did! 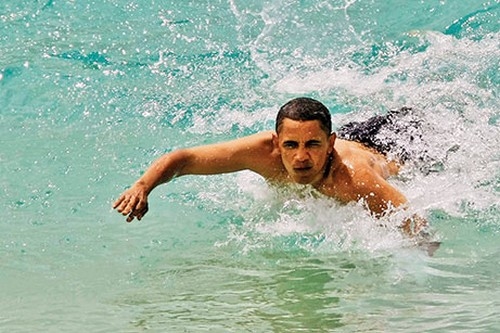 Back in 2008 when Obama went back to his home state, Hawaii, he used his vacation time for hitting the beach and the waves! Indeed, like a true surf addict, he inquired about surf conditions right after he got off the plane – “It’s windy out here. Surf’s up?”. In fact, a video of Obama bodysurfing has been shot which has deeply inspired two Honolulu City Council members. The video has led to their suggestion of renaming the beach after President Obama. So, according to their plan, “Sandy Beach Park” would become “President Barack Obama Sandy Beach Park”. However, the public reacted negatively and opposed to the proposal, saying that Sandy Beach, as well as other Hawaiian locations, have a lot of historical and cultural meaning and thus their names should not be changed. Thus, while Obama did not get a beach named after him, it is nice to know that presidents have cool hobbies and a life outside politics! 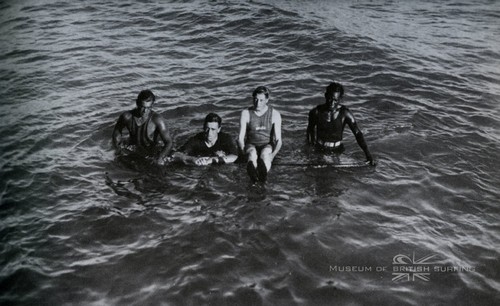 A while ago, rare photographs of Edward VIII surfing emerged and experts say that they are the earliest pictures of a British surfer to ever exist. King Edward VIII, then the Prince of Whales, learned how to surf off Waikiki beach in 1920. Duke Kahanamoku, the legendary Hawaiian surfer and Olympic swimmer, took Edward on an outrigger canoe and then taught him how to surf. Edward, the Prince of Wales, did okay and was hooked on surfing from that moment on. In fact, he enjoyed surfing so much that he later ordered the royal yacht to turn back so he could enjoy surfing for three more days. Unfortunately, Duke was out of the country but Duke’s brother, David Kahanamoku, took him out into the water and it was then that the rare pictures were taken. According to David Kahanamoku, Edward learned how to surf standing up rather quickly, which is rather impressive, considering that the surfboard he rode was a solid wooden plank with no fins, made from native Hawaiian Koa. It weighed roughly 100 pounds. A replica of this surfboard, as well as pictures of Edward surfing, can be seen at ‘The Museum of British Surfing’ in Devon. 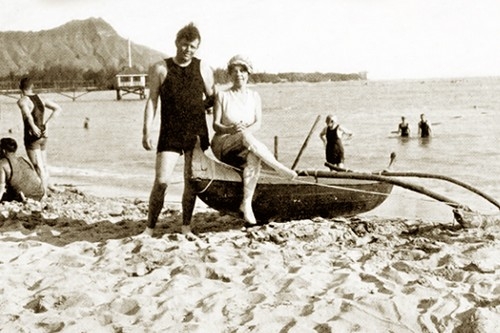 When the accomplished writer, Jack London, arrived in Honolulu in 1907, surfing was a neglected sport, kept alive purely by surf enthusiasts such as George Freeth and Alexander Hume Ford. Indeed, it was Ford who convinced Jack London to hop on a surfboard. On his second day, London managed to ride prone for some distance and remained in the water for four hours. Nonetheless, he never managed to stand up on his board, and the following day he was confined to his bed as a result of a painful sunburn. It is obvious that London was very much impressed by surfing. He said it was the “royal sport for the natural kings of earth.” In 1907, that same year he had come to Honolulu, he wrote an account of his experience and entitled it ‘A Royal Sport: Surfing in Waikiki’. It was published in the 1907 edition of ‘The Lady’s Home Companion’ and then re-published later in 1911 in his non-fiction book called ‘The Cruise of the Snark’, which chronicled his sailing adventure across the south Pacific. In this account, he refers to waves “mighty monsters” and to surfing as to “flying through the air, flying forward, flying fast as the surge on which he stands.” London’s account helped to popularize this fascinating sport.

Mark Twain, the famous author behind ‘Tom Sawyer’ and ‘Huckleberry Finn’, was one of the first few Americans to publish an account on surfing. And of course, in the process of observing and writing, he surfed himself. Twain was 30 years old and working for the ‘Sacramento Union’ newspaper as a travel correspondent when he went to Kona Coast in Hawaii. It was there that he observed the natives and recorded his thoughts on the matter. And it was also there that he tried surfing too – “I tried surf-bathing once, subsequently, but made a failure of it. I got the board placed right, and at the right moment, too; but missed the connection myself. The board struck the shore in three-quarters of a second, without any cargo, and I struck the bottom about the same time, with a couple of barrels of water in me.” While it is obvious that Twain’s failure put him slightly off surfing, his descriptions of the sport (and of a wipeout) are spot-on. Twain’s articles for the ‘Sacramento Union’ newspaper were collected into his 1872 travelogue called ‘Roughing It’. It was in this book that his paragraph on surfing landed.